Initially, ecommerce in the UK was limited to the warehouse-based model driven by pure player Ocado and Tesco’s first steps to the digital world. The average consumer was already showing preference for omnichannel and Nielsen says half of UK shoppers were omnichannel in 2020.

After some time operating under this system, Tesco realized it was losing too much on delivery with last mile providers, approximately 10-15 pounds per delivery, because they were offering it free to consumers. Retailers then began building out from-store delivery capabilities, by preparing baskets in local stores to cut down on delivery costs. Despite the fact that click & collect is more profitable than delivery for retailers, British consumers have so far shown a preference for delivery and the click and collect market remains less than approximately 20% in the UK. 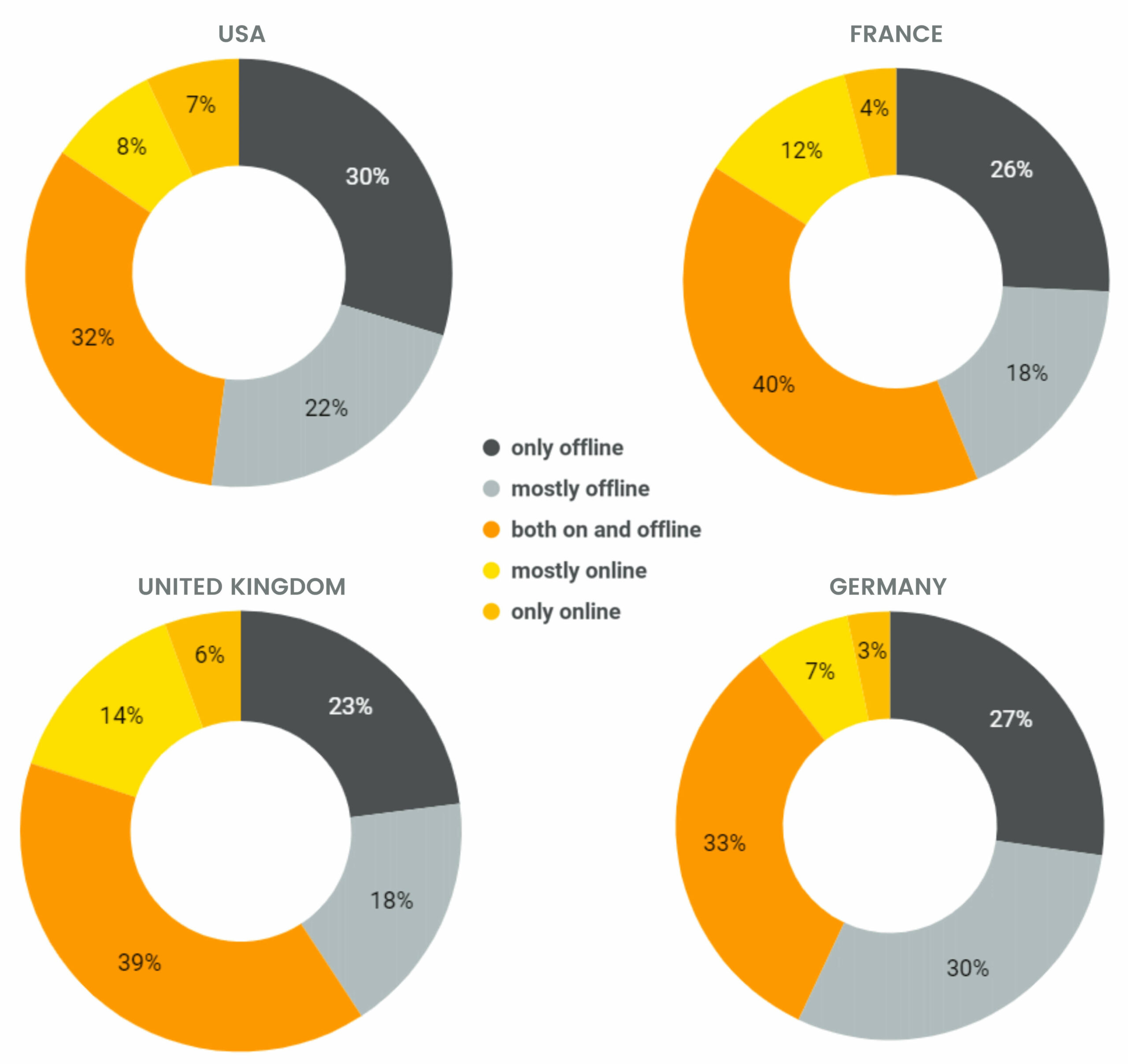 Enter Aldi and Lidl. The discounters and the ecommerce war.

Largely ignored at first, Aldi and Lidl, the German discounters, entered the British market in 1990 and by approximately 2010 their impact was transforming the UK grocery industry. As they’ve done in other countries, they drove down prices and profit margins.

In a context of war between historical retailers like Tesco, Asda, and Sainsbury’s on one side, pure players like Amazon and Ocado on another, and the discounters a constant threat, physical stores turned out to be the greatest asset of the traditional retailers. It appears they can compete with the likes of Amazon by using their network of stores as micro-fulfillment centers either through click and collect or the delivery from store model.

The acceleration of store-based fulfillment due to Covid

As elsewhere, Covid acted as a further omnichannel catalyst for CPG by prompting a massive digitalization of sales points at traditional retailers. The pandemic pushed CPG ecommerce to exceed 10% market share in the UK.

Asda now offers delivery from over 600 stores, and Tesco 300 stores.

As orders increase, stores are increasingly playing a dual role, part of the space functioning as warerooms (dedicated picking areas) and some even as automated micro-fulfilment centres. In the front end of the store, dedicated click & collect desks are becoming commonplace.

The success of rapid delivery

While click and collect has been growing at an impressive rate, delivery in the UK continues to maintain a much bigger share of the market, partly because it’s perceived as more convenient by consumers.

In the recent past, pure players invested massively in the CPG market in the UK.

Amazon and Ocado aggressively entered the market, planning to become clear leaders. While click and collect has been growing fast, delivery in the UK continues to have a stronghold among shoppers, and Amazon’s logistic network is revealing itself to be a key advantage in the competitive UK market.

The ecommerce market in the UK is one of the most mature globally, with 36% of households shopping online. See how it compares with another mature market, China, and how it differs from the markets in France and the U.S.

PrevPreviousMerci France. The CPG grocery curbside pickup model for the world.
NextChina: the CPG omnichannel model for the futureNext